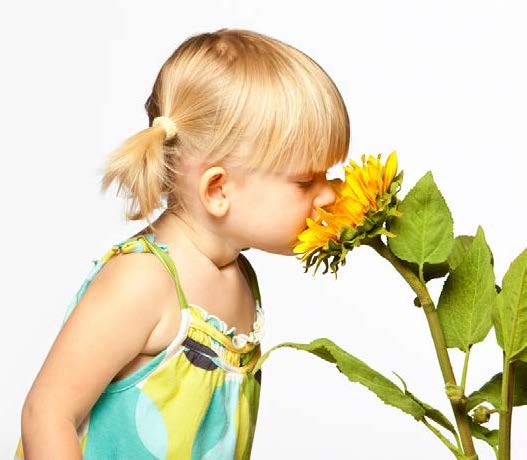 In mammals, including we humans, the olfactory system plays an important role in searching for food, eating, and tasting. Its roles helps in avoiding danger, supporting social connections, finding partners for survival of the individuals and species as well as supporting memories and mapping the world. Smell gives us a chemical means of communicating that is beginning to be noted as a powerful, means of promoting connection and communication between partners, mothers and babies, signalling of emotions and even disease.

Smell or olfactory sense is the detection of chemicals that are processed on a pleasantness v unpleasantness dimension. All life from bacteria upwards use chemical sensations for the acquisition of rewards and the avoidance of threats.

Exposure to smell can create robust withdrawal or approach behaviours. Smells’ meanings, pleasantness v unpleasantness are learnt and are perceived against context. The smell of fire in a fireplace or, alternatively, out of context, will create different responses in us. Some cultures will find the smells of certain foods disgusting; others may love them. When we are hungry our sense of smell becomes more acute and drifts towards pleasantness, when sated our sense lowers and even becomes unpleasant.

Olfactory sense changes with age. For humans it develops to a high point at about 8 years old then declines slowly. Heightened olfactory capability early in life means that many of our smell provoked memories will have happened before the age of 10 years. Changes, including loss of sense of smell (anosmia), can signal infection – as we have become all too aware during Covid. It can have a negative impact on emotional well-being and quality of life. Those with anosmia often refer to feelings of loneliness, fear and depression as well as difficulties with social and sexual relationships.

The under acknowledged and unsung sense of human smell has largely been down to the neuroanatomists of old as they considered, for humans, it was no longer an important sense. This has not been so for the promoters of cosmetics and perfumery who make startling revenues from us trying to remove our natural human odours and then cover them up with some concocted aroma. We spend huge amounts of money taking away our natural smells only to artificially put them on again!

And there’s more, there is a new industry out there – Scent Branding!! Perhaps that’s a next consideration for Sensory beginnings?

Smell for connection and communication

We have tended to think of communication as being primarily about linguistics; we often give less consideration to our non-verbal communication cues despite this making up 70 – 90 % of our communication. We have come to appreciate the use of touch as a communication channel. In this article, we would like to highlight the somewhat under-acknowledged role of smell and olfactory perception in human communication and connection, this being an important means by which the world communicates with us.

What chemicals do we process? Well, we process chemicals from the environment around us, trees, water, exhaust fumes, furnishings, animals as well as those from other humans.

Humans, that is, our bodies, are actually very smelly, constantly pumping information into the air via thousands of molecules we call odours; these carry a range of information about us including our identity, gender, age, illness and emotional state.

Airborne chemical molecules activate our sense of smell by entering the nose and mouth and are detected by the olfactory receptor cells embedded in the olfactory epithelium far back in the nose.

We have approx 5 – 6 million of these receptor cells. Dogs have about 300 million! In addition to the reduced number of receptor cells we only have about 400 different types of olfactory receptor cells. These 400 types come in a range of variants depending on the hosts genes.So, we have an individual world of smell, unique to each of us.

Despite what may seem like a depleted capability for this sensory system, it is suggested that, due to our brain’s computing power, we can perceive something like a trillion different smells.

Let us go further in comparing ourselves with our dogs. When we inhale, we smell and breathe through the same airways within our nose; when dogs inhale, a fold of tissue just inside their nostril helps to separate these two functions – impressive! Olfactory reception is unique among the senses as its receptor cells are actually neurons that interact directly with the outside world. Each olfactory receptor cell has filaments called cilia, with receptors that bind to specific molecules. The olfactory receptor neurons project into the Olfactory Bulb via the Olfactory Nerve, our 1st and shortest Cranial nerve. From the olfactory bulb, messages are transmitted via the olfactory tracts to the olfactory trigone. This is a widening triangular structure at the base of the cerebrum.

From this point two stria emerge.

The difference between processing the sense of smell and other exteroceptive senses is that it doesn’t go through the Thalamus but straight to cortical areas. This means that the neuroanatomy of smell gives us a very direct link from the external world to the brain.

As with all our senses the receptor areas are developing in the first weeks after conception. Nostrils form in the first trimester, and scent receptors form by the second trimester. In the womb, baby breathes in their mother’s amniotic fluid, which helps them to become familiar with scent, specifically their mother’s scent. Our sense of smell demonstrates keen detection and discrimination from birth onwards.

By day three babies can differentiate mother’s milk from someone else’s and are calmed by the smell. One 2015 study published in the journal Breastfeeding Medicine found that even just the smell of their mother’s breast milk had a calming effect on premature babies. Scent-based bonding goes both ways. Babies smell really good to their parents, especially mums who find the smell from the baby’s head especially good. It is not clear why they smell so appealing; it is possible that it is the lingering scent of vernix caseosa, the substance that covers babies when they’re born. It may be to do with amniotic fluid they have been bathed in and swallowing for months. The scent disappears by around 6 weeks which is when we typically get the reward of smiling and other means of connecting.

Our smelling ability increases to reach a plateau at about the age of eight, and declines in old age. Memories based on smell, olfactory imprinting, during the first weeks and possibly first years of life, connects smells with times of oxytocin release to produce positive memories. Oxytocin can boost the processing of socially relevant olfactory information, helping us to connect to and find comfort in others, pets and even objects/ favourite toys!

The human nose is in fact the main organ of taste as well as smell. The taste receptors on our tongues can only distinguish five qualities – sweet, sour, bitter, salt; all other ‘tastes’ are detected by the olfactory receptors. When you chew, molecules in the food make their way back retro-nasally to your nasal epithelium meaning that most of what you consider flavour is smell.

When a mother breastfeeds, pheromones are excreted to draw the baby in to feed. The areolar (Montgomery’s) glands have been identified as potentially important in supporting breast feeding through smell. The glands emit chemicals, odours that communicate with the infant to encourage them to move to the nipple, including encouraging crawling to the nipple and initiate mouth opening and suck reflex.

There is also the smell of colostrum or milk that provides further odours which are connected with the oxytocin released during the act of feeding and skin-to-skin interactions. This supports the laying down of olfactory memories linked to your place of security for physical and emotional wellbeing.

The amniotic fluid and breast milk have flavours that reflect the foods, spices and beverages consumed by the mother, this being the case both in utero and when breast feeding. Infants exposed to those flavours during late pregnancy and early infancy exhibit food preference to such flavours, some persisting into adulthood.

Smell and taste are strong stimulators of digestion and metabolism. Preterm infants within the incubator are deprived of the smell of mother’s breast and milk and they (and older infants who are tube fed) lack any food anticipation smells that may impact on digestion metabolism and early nutritional learning. Exposure to smell and taste of breast milk when tube feeding is thought to promote oral feeding. The smell from the areolar is also thought to support feeding activity in those being tube fed.

Breast milk odour has been found to have an analgesic effect in preterm infants. Studies into pain management in infants has found that the most effective method for reducing pain in was the smell of their own mother’s breast milk. For those unable to access their own mother’s breast milk, the smell of breast milk from a different mother was also found to be helpful. Fabric with mother’s smell is known to support regulation in infants.

So, in summary, the sense of smell has long been under-appreciated in its significance for the development and survival of humans.Researchers have found greater brain activity associated with olfactory stimuli (like the smell of a rose) than with visual stimuli (like the sight of a rose). There is much more to understand about this sense We hope this brief article serves to encourage you sniff out more.

PrevPreviousKnow your Neurobiology: Stress – Moving out of Homeostasis Part 2
NextTaste of SummerNext 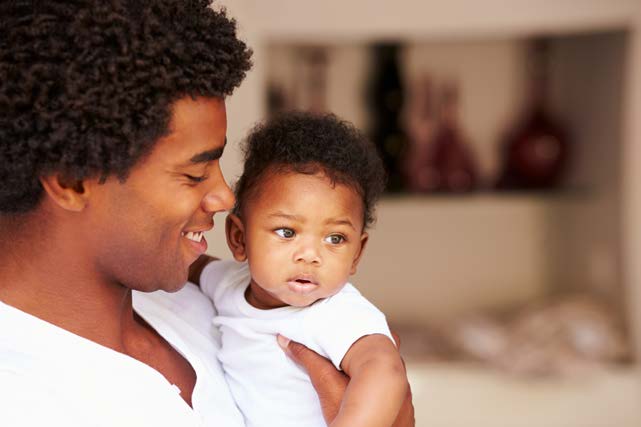 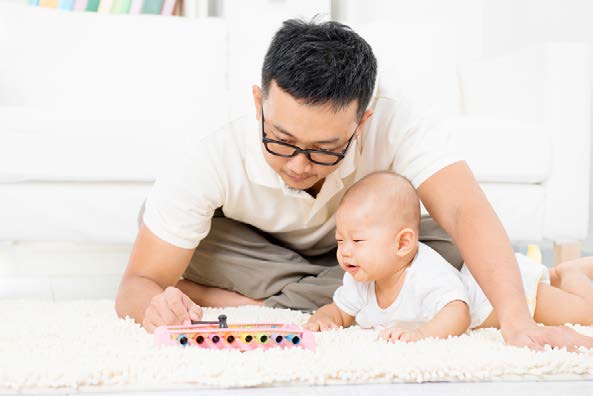 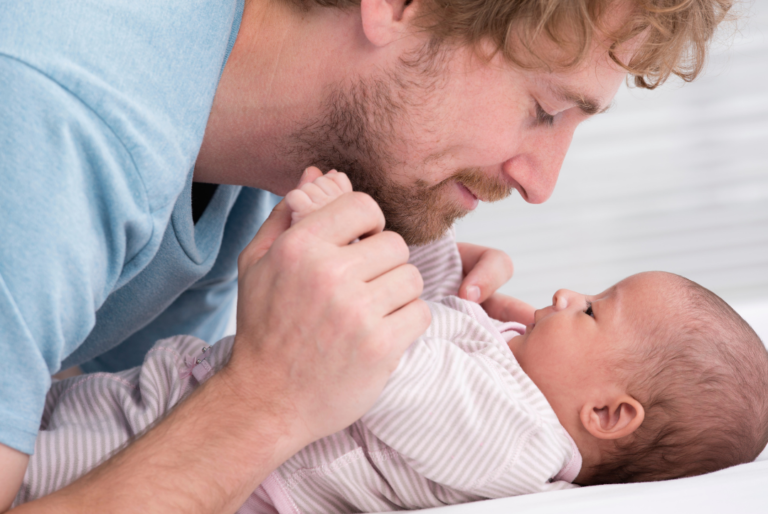 Sign up today to receive your free copy of ‘Sensory Wellbeing’. Full of sensory strategies for self care when working in a stressful environment.

You’ll also get the latest sensory news, information and updates straight to your inbox every month.